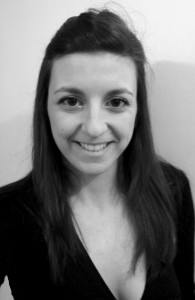 Due to my passion for languages I chose to study a degree in Translation and Interpreting. I wanted to become a Japanese translator (yes, Japanese) due to the huge lack of books about Japanese culture that were written in or translated into Spanish. The same happened with Japanese writers, whose books I could easily find in English but not in Spanish. Unfortunately, I didn’t manage to get into the only university in Spain that offers such an education, so I had to choose English and German languages instead for my MA in Translation and Interpreting.

I started working as a translator during my last year (out of four) at university, but when I graduated, I realised that my studies alone were not enough, and that I wanted to live and work in London. So I moved here in 2004, with no job, with no place to live in, but with many hopes of becoming a good translator.

In February 2005, I managed to get a job as a Spanish Quality Assurance Localisation Technician for an important videogames publisher in London. Here, my day-to-day work consisted of translating, editing and checking the translations in the actual game, and anything else needed for the successful release of the game. In my spare time, I kept doing freelance translations for several agencies in London and Spain.

In July 2008, after three and a half years in the videogames industry, I decided that I had had enough and that I wanted to spend more time translating, so I became a full-time freelance and localisation and quality assurance specialist. And here I am!

Now, I spend my spare time doing other things, like reading, cooking or discovering new things on the internet. But the one thing I seem to be more passionate about than anything else is photography. Not that I will ever win a Pulitzer Prize (maybe, I will, who knows?), but I am quietly confident. The proof is here. What do you think?