During my years as a freelance translator, localiser and tester, I have been working closely with other language professionals, creating a big multilingual team of localisers to help you with your projects. I will now introduce them to you: 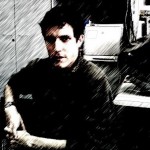 With a PhD in Translation & Paratranslation of Video Games, Ramón has been working for 9 years as an editor, translator, content manager, video editor, contributor and many other tasks on video game media (MeriStation, Edge, NGamer, Gamereactor, Mundogamers, Ciberpaís, Geekbot Singapore, Radio Galega…). Since 2009 he has also been translating for Namco Bandai Partners Iberica, interpreting and translating for Nintendo Iberica, translating for BradyGames, and localizing for several different companies (with more than a hundred video games localized up to date). He is also a teacher at the University of Vigo (translation) and at the University of Alicante (development of video games).

She is an English and Spanish into German translator, specialised in games and software localisation. She holds an MA in Audiovisual translation and she did her dissertation about Quality Assurance in Videogames. She is reliable and always available to enrol in any translation adventure I offer to her. Her excellent command of Spanish is an advantage, as she can always work with the English and the Spanish text to give that extra cool feel to her German texts.

She is a English and Spanish into French translator. I met Céline back in 2008, while I was working at Eidos, as she was part of the team of testers I was coordinating for one of the projects. She is a hard-working professional and I have work with her in several translation projects ever since. Fast, reliable and enthusiastic, with an excellent command of English and Spanish. What else I could ask?

He is an English into Brazilian Portuguese translator as well as a post-graduate student in Translation and Accessibility. He’s been working with game translation and localization for the past two years, first starting as an undergraduate student interested in analyzing fan translations, then taking part and presenting his projects in the two gathering of the Fun for all: International Conference on Video Game and Virtual Worlds Translation and Accessibility. Since then, he has become involved in many translation projects ranging from Facebook games to Multiplatform ones and is currently writing a dissertation about Chrono Trigger’s fan translations.

She is an English and Spanish into Italian translator, with an MA in Audiovisual Translation and keen games player. She is very enthusiastic and always available to help me out with any Italian doubts or needs I may have. 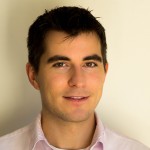 He is an English and Spanish into Dutch translator with wide experience not only in the videogames industry, but also in betting games translations. I have worked with him in a couple of projects and from the very start I knew he was part of the team, as he is reliable and is always asking questions to learn and make sure his translations are up to the highest standards.

English and Spanish into Japanese and Spanish translator. As she was brought up in Spain, she is fully bilingual in Spanish and Japanese. Even though she is quite young, she has wide experience both in translation and interpreting, and as a very good Japanese girl, she loves videogames and she has been playing them since she was able to crawl and grab her dad’s Nintendo controller.

She is a translator and interpreter specialized in Audiovisual Translation, with a wide experience in the games industry. Native Chinese, she is also bilingual in Spanish, as she spent most of her live in the country of the sun and paella. Apart from that, she also has a great command of English and Catalan, and basic knoledge of German, French and Japanese. Who said multilingualism is not possible?

Born in Azerbayan, and brought up in Russia, she moved with her family to live in Alicante (Spain) when she was 11, where she has lived ever since. She holds a BA in Translation and Interpreting and she is a qualified French sworn translation. Apart from being fully bilingual in Spanish and Russian, and having French as her third work language, she also speaks English and Catalan, and she has worked in many fields of translation, as well as a guide, tourist guide, PA… She also has a passion for videogames, Social Media and new technologies, which took her to work as a volunteer translator for The Gamer Inside and being involved in many technical transaltions. She has also a blog about translation: El Placer de Traducir. 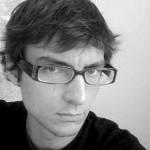 English and German into Polish translator, with wide expertise in the video games industry. Born in Poland, studied in Germany, lived in Spain (yes, he can also speak Spanish), currently living in Canada. He will make sure your text is not only translated but also professionally localised.